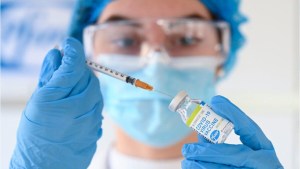 I had my first one yesterday.  The summons came out of the blue by phone on Monday evening, and the appointment was for Tuesday afternoon.  I’d hoped that these Covid-19 innoculations would take place at my GP’s surgery which is easy for me to reach, but no: I had to go up to Tottenham and the first problem was how I was going to get there.  A few minutes online research told me that parking my car anywhere near the centre would be impossible, and the nearest tube stations and bus stops are further away than I could walk even if I dared used public transport, which I haven’t for months.  It would have to be a taxi, then.

The local taxi service that I’ve been using for hospital visits were busy with many more such calls but said they would take me there and bring me back again — I’ve been a good customer of theirs and a generous tipper — so at 3:40 off we went.  Our destination was the Lordship Lane Primary Care Centre which has been hastily adapted for administering hundreds of jabs, and the place was seething with mask-wearing seventy-somethings.  Checking in, I was given a ticket and found that I was No. 60 in the queue.  As I sat down No. 32 was called, so I sat down and waited.

There was only the vaguest attempt at social distancing, and many of the waiting oldies were getting increasingly agitated and distressed as the numbers were called.  Some of them were in wheelchairs or on crutches.  We were asked to write our telephone numbers on a form that each of us had been given to fill in, and the woman in the chair next to me couldn’t remember hers.  Like me she had a taxi waiting outside to take her home and the cost of it was bothering her as we waited and waited as the meters ticked over.  The room presented a distressing scene.

The book I’d brought with me proved less than gripping, and as I waited my mind started to wander.  I started to see the place as a field hospital in a future war in some dystopian science fiction story where old people are conscripted and treated as expendable cannon-fodder, while the younger ones sit safely behind enemy lines in bunkers operating their computers and managing the conflict.  This might make an interesting movie, I thought, since there are so many famous actors now too old to play action heroes or romantic leads.  There would have to be a rebellion of the old against this appalling treament, of course.  I wondered whether Clint Eastwood is still alive …

My reverie was interrupted when I heard my number called.  I was ushered into a corridor and told to follow the green line on the floor which led me to another corridor.  The jab itself was very quick: sit down, roll up your sleeve, dab dab, you’ll feel a bit of a prick (stop sniggering at the back there), didn’t feel a thing, then we’re done and follow the green line out again, which led back through the still-crowded waiting area to the observation room, where jabbees have to wait for fifteen minutes in case there are any immediate side-effects.  None of us seemed to be showing any.

It was dark by the time I got away.  My taxi-driver was still there and remarkably good-natured about the long wait he’d had to endure.  He’d been hanging about for more than an hour.  I gave him a very decent tip.  At home with a large mug of strong tea I turned on the news and learned that during the course of the day 1610 people had died of Covid-19: a new record, so despite all the hassles I’m very glad to have had the jab.  By my very rough calculation I’m the four million, two hundred and sixty-six thousand, five hundred and somethingth person to get the jab in the UK.  When I’ll get my second one is anybody’s guess, so I’ll just have to sit around for a while longer waiting for the call.

I wonder how many old folk missed out because they couldn’t manage a trip to the Centre, or couldn’t quickly find £40 or so for a taxi.  I hope that local charities and neighbourhood networks are mobilizing to help them, but full credit to the authorities for getting the innoculation programme organized so quickly even if the organization isn’t always perfect — and we must suppress the resentment many of us feel about them getting us into this mess by acting too late in the first place then relaxing the rules much too quickly.  The ‘Eat Out to Help Out’ scheme seems almost suicidally stupid in retrospect.  Some of us thought so at the time, and said so, and I was appalled at the speed with which some people immediately started socializing and even going on foreign holidays as though there had never been a pandemic.  So foolish, so appallingly selfish.

Only another twenty-five million jabs to go, then we have to do it all over again for the second jabs, and after that there are the kids to protect — if the jabs are effective.

This show could run and run.