My previous post was uncharacteristically upbeat and even jolly, but now it’s time to get back to normal with a quick look back at some of the year’s nasties together with a few perennial grouches.

ALCOHOL:  I enjoy an occasional drink myself and don’t want to be hypocritical about this, but having had to watch two of my closest friends succumb to alcoholism and eventually die of it and quite a number of promising young writers ruin their talent and their lives because of booze I’m very wary of it.  I’m not being preachy here, but I’ve seen some dreadful things and been unable to help. 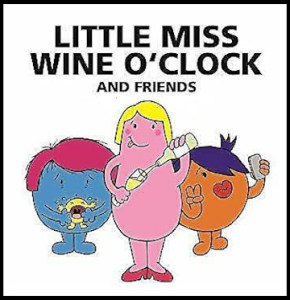 ‘ALBATROSS’:  We booed Fleetwood Mac for selling out (as we thought) when they played this at a free concert on Parliament Hill Fields one Sunday evening long ago, and since then I’ve become really sick of hearing it played as a party winds down.  Try this instead.

BEETROOT:  Nature’s most unappealing vegetable.  Dear friends, If you’re kind enough to invite me round for a meal please don’t let it be beetroot-based and especially not borcht.  It has happened.

DIGITAL ADVERTISING:  Does anyone actually like all the pop-ups, cookies and trackers that dog our every movement to try and get at our money by selling us things we don’t want or need?

Mac-users might like to install Little Snitch and run it for half an hour, and if you don’t already know you’ll be appalled to see the dozens of unidentifiable creeps that are accessing your computer whenever you go online.  It’s especially nauseating when this insidious business is targetted specifically at children, as it increasingly is.  I could name names …

DRAG ACTS:  I’ve never liked them, and the current popularity of Mrs Brown’s Boys depresses me beyond belief.  I find the whole thing demeaning for men and insulting to women.  Dame Edna might be an exception.

FISH:  Can’t eat it.  I say that I’m allergic, which isn’t quite true as fish doesn’t put me into hospital with anaphylactic shock, but if I eat it  — and I do try from time to time — it disagrees with me so strongly that I’m confined to the bathroom for hours or even days afterwards, which is a real nuisance as it reduces my personal menu by about a third.  And it looks so good!

THE HONOURS SYSTEM:  As I write this the New Year’s Honours List is just being announced, with its usual slew of cronies, Civil Service time-servers, sportsmen and sportswomen, and showbiz veterans, most of whom have already been amply rewarded with fame and money.  The politicians keep saying  that the whole thing needs reforming but they never do it.  A quick doff of the hat, though, to the splendid people who have turned honours down, especially Alan Bennett who has refused the offer of a knighthood on three separate occasions, and our friend Herbert who turned down an MBE because being from Nigeria he wanted nothing to do with the British Empire.

‘IT’S A WONDERFUL LIFE’:  I never saw this movie when I was young and only caught up with it at a time when my business was in trouble thanks to the bank panicking unnecessarily during John Major’s recession — and did my authors, clients and suppliers rally round to support me like the townsfolk do in the film?  With a couple of exceptions they did not.  The movie lies, people, and I hate it.

LONDON:  It used to be a magical city but for me it has shrunk to a few dismal streets and a couple of hospitals.  Now unable to enjoy its pleasures I long to get away but — for the time being anyway — I can’t, damn it.

MEN’S PONYTAILS:  Don’t have one, guys, unless you’re actually aiming to look like an arsehole.

MY BODY:  A wreck.  ‘Nuff said about that horror, and definitely no …

SELFIES: A psychologist studying the phenomenon of social media generally and Instagram in particular called the phenomenal number of people continually posting photos of themselves ‘vanity validation’, which seems spot-on.  Have we really become so narcissistic?  From what I’ve seen, yes. 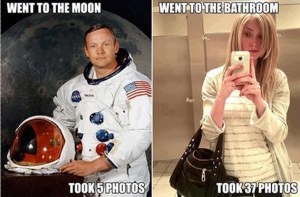 But I hadn’t realized that the selfie could be used as a cruel taunt until I received one from someone who had avoided a get-together and sent me a photo which seemed to be saying “Here I am having fun scoffing fish and chips at the sunny seaside while you’re stuck in London trying to cope with gruelling cancer treatment on your own, ha ha. And by the way, aren’t I cute?”  If there’s a good-natured way of responding to something like that I’m afraid couldn’t find it.

TIME:  It goes by too quickly, and this sure as hell isn’t how I wanted to spend what I have left of it.

TRAVEL:  I’ve never been a keen traveller and wouldn’t want to make a virtue out of not travelling since I can’t anyway, but I’ve been a bit miffed by people lecturing me about not recycling a few garden clippings when these same people jump on a plane at every opportunity, which is about the worst thing anyone can do to our poor suffering planet.  The photo on the right shows me on a camping holiday in Spain in a rare moment when it wasn’t raining — but we drove there.  Did I just get a bit preachy?  Oh well.

WEEDS:  Hey Science, when you’ve got rid of the coronavirus could you please turn your attention to producing a really effective weedkiller?  The bottom of my Dorset garden is infested with deadnettles which have resisted my efforts to dig them up and burn them and this year they’ve come back stronger than ever while the London garden is overrun with brambles, to the annoyance of the neighbours on both sides.  Sorry, neighbours.  I’ll have another go when I’m able.

I sympathize with you, Science, when the politicians disregard your warnings and blithely lead us into a second wave of a pandemic that’s even worse than the first one, and I do realize that eliminating the virus is a priority — I’m not completely selfish — but let’s not forget that the world also needs a chemical that will get rid of weeds completely and permanently.

YODELLING:  You know those people who can turn their eyelids inside out or bend their fingers right back and insist on doing so just to revolt you?  Yodelling is like that to me.  Some so-called singers evidently have some throat malformation that enables them to yodel, and by god they do.  A bootleg of Bob Dylan when he was young revealed that can yodel but he doesn’t.  He deseves the Nobel Prize for that alone.

ZOOM:  During 2020 I got sick of being told to clear off because an important Zoom meeting was scheduled.  So rude!  So humiliating!  I’ve never Zoomed myself, and I hope I never will.

Sorry about all that folks, but it’s been good to get a few things off my chest and where else could I have done it?  I’m afraid that many of these things will still be around to annoy us in the New Year, but perhaps I can be less of a curmudgeon.  Resolutions don’t usually last very long, but mine is a big one: to try and find a role for myself in the post-lockdown world when it comes.  I’ve gone on far too much about illness and have been feeling like a burden on the state and to my friends, and urgently need to find a way of making myself useful somehow.  What will it be?  Charity work as a volunteer. raising money for good causes, being more generous with my limited resources, writing the novel that’s been buzzing around in my brain for ages?  We’ll see.

By the way, HAPPY NEW YEAR.

3 thoughts on “The Return of Rich the Bitch”