A quick update to previous posts and news about some changes to this site.

In ‘What’s Going On’ I suggested that the Colston Hall in Bristol be renamed, and much more influential people thought likewise so a few days later it was. It’s now called the Bristol Beacon, and the statue of Edward Colston has been removed and put into storage somewhere.

When I wrote ‘Who Was Betty?’ I couldn’t find a photo of my maternal grandmother and put in a random pic as a placeholder. Later I found and scanned photos of both grandparents which have now taken their place where they should have been in the first place. To save you scrolling down here’s my Nana, in my view the real Betty. 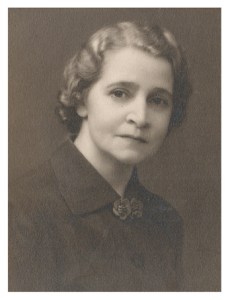 One of the good things about a blog is that things can be changed and mistakes rectified.

On that score, I revised ‘Home Alone Again Unnaturally’ in the light of subsequent events which didn’t work out as I’d hoped they would. That’ll teach me to write anticipatory pieces. I wish life could be changed retrospectively. The warnings I included about the dangers of quitting lockdown too soon and flouting the advice about social distancing have proved all too valid, alas.

In my piece on Christine Keeler (‘Christine’) I mentioned in a footnote that her son Seymour Platt was mounting a campaign to clear her name to some extent. This is now gathering pace with Felicity Gerry QC planning to put the case for Christine to receive a posthumous pardon to the Lord Chancellor (more about this here).  And the campaign continues, with Seymour explaining what it’s about here.

I’ve revamped the site in various ways, the main change being the addition of an Image Gallery.  Clicking on GALLERY in the strapline above or here will take you to this pictorial wonderland.  I’m really no great fan of my own work but some people have been curious about what I actually did in my earlier life (though they’re too polite to put it quite like that) so for them I’ve included some scans of my designs and illustrations, and since a blog like this is inevitably something of an ego-trip I’ve made sections for family photos and pictures of friends.  But no selfies!

The inclusion of some of these Friends has raised the odd eyebrow, if an eyebrow can be raised via email. An e-brow perhaps. Was I really friends with William Empson, for instance? Well, sort of.  He was the Professor of English at Sheffield University when I was an undergraduate there and we often lunched at the same pub and over the course of the three years that I was there (at the university, not just in the pub) we got to know each other a bit, starting with just a little nod of acknowledgement of my presence from him and eventually we’d be chatting over our pints. What we talked about wasn’t his poetry, however — he was a formidable figure and I wouldn’t have dared to broach that subject — but cricket.

So the Friends section should ideally have been subdivided into categories like friends, colleagues, clients, writers I’ve known, drinking companions at one time or another, and so on, but these categories all overlap. Some of the writers I published became friends as did some colleagues, some friends became writers, some people I knew only casually but liked and remember fondly, and quite a few of them are now dead … so for better or worse they’re all bundled together. Sue me.

Since starting this blog I have after much hesitation about engaging with social media created a Facebook page [www.facebook.com/jonesrglyn] which has proved to be a very good move, putting me in touch with many people who I thought might have forgotten me. I’ve been trying to link the blog with this Facebook page as I think the Comments would be better there but haven’t quite figured out how to do it yet.  I’ll get there eventually but meanwhile the Comments are back in the sidebar on the right.

Postscript:  A newspaper last weekend reported that Marco Bielsa has been spotted in the Harrogate Bettys Café, which I still think of as our family business. As a lifelong supporter of Leeds United I’m immensely pleased to know that the manager who brought us out of the wilderness of the lower leagues to the Premiership is a customer. I knew that guy had class!