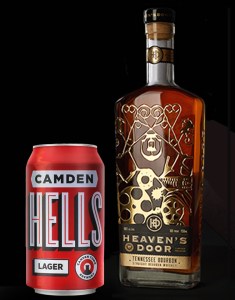 Autumn is my favourite time of year.  I have no patience with those who complain of cooler weather, falling leaves, the nip in the air, darker evenings etc.  I love these things and this is England, for heaven’s sake.  Sun-worshippers should live somewhere else.

Summer was a bummer.  For many it was a season of uncertain weather, travel restrictions, masks, social distancing (ignored by lots of young people, with the consequences we’re now seeing) and the general frustrations of a pandemic-stricken world.  For me it was an even more joyless time with much of it devoted to a stepped-up course of cancer treatment.  Strong prescribed laxatives played a large part in this.

The daily drive across North London to the hospital was no fun at all, consisting of rat-runs, speed bumps and white vans which seemed to be on a concerted mission to clip off my wing mirrors.  Once there the staff in the radiology department were as wonderful as NHS staff always seem to be, overworked but friendly and gorgeous and very tolerant of a sometimes difficult patient, but there was an awful lot of just hanging around, waiting.  There were unpleasant side-effects of the treatment too, depressing to manage at home on my own and not helped by a quarrel with someone I thought was sympathetic to my situation but who turned out to not to be.  To some extent it was probably my own fault for poking my nose in where it wasn’t wanted, or simply being old and sick and boring when there was fun to be had elsewhere, but it was painful to have my friendly overtures spurned so callously and in the process to be made into a laughing-stock.  Nasty stuff, and being somewhat autistic• I found this more than usually difficult to cope with.  Still do.

After that shitstorm I was desperate to get out of London.  Driving south down the motorway and leaving the suburban sprawl behind I felt my spirits gradually lifting.  The trees were still green — no autumn colours just yet — and speeding through the gently rolling countryside gave me a feeling of freedom and exhilaration that has been on furlough lately.  I stopped at the services to buy some food for later and a couple of cans of a lager called Hells, which seemed apt for the occasion.  I thought that if I could sink that and expel it in the all-too-familar way it might act as a sort of symbolic purging of a rotten time, but it didn’t.

Broadstone was looking a bit sad even before the pandemic hit, and every time I approach it these days I find Iris Dement’s ‘Our Town’ running through my brain.  I first heard this as it played over the closing credits of the very last episode of Northern Exposure, maybe my all-time favourite US tv series, when it actually brought a little tear to my eyes.  Listen to it here.  Seems to suit the general mood.  What has been called The Death of the High Street has hit such places hard as people increasingly shop at trading estates or online, and lockdown made things even worse in Broadstone with many of the long-established shops and cafés now closed and the premises vacant.  Gone are Irené’s dress shop; Pampurred Pets where we bought things for the cat and who found her a new home when my mum had to go into care; The Owl’s Roost where my parents often went for morning coffee; Harris and Nash where we got our electrical goods and who mended them on the premises when they went wrong; McColl’s the biggest and best newsagent’s with a fine array of magazines … and I’m particularly sad to find that the Oxfam shop has now closed, where for years my mum worked as a volunteer doing the accounts and generally helping out.  This sort of thing is happening all over the UK but it’s especially sad when it’s your own patch, which holds so many bittersweet memories.

Even so, I’m more than glad to be here.  The house is looking better than it has for some time thanks to the gardening skills of Raymond who has been loaned to me by my neighbours and has been looking after the place while I’ve been away, so the lawns are neatly mown, the bushes pruned and the hedges clipped.  It’s been raining almost continuously since I arrived but I don’t mind a bit. 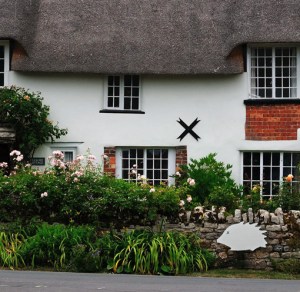 There have been no mists and no fruitfulness, mellow or otherwise, since a deer got into the back garden and ripped the leaves off the little fruit trees that I planted a couple of years ago — a beautiful creature but in gardening terms a pest — but there may be hedgehogs, which would be welcome.  They eat slugs.  Celia next door has found evidence of them in her garden though she hasn’t actually seen one so far (neither have I), but ‘ghost hedgehog’ signs can be spotted around the area, and I’ve joined The Dorset Mammal Group to try and do my bit to help.

I’m still reeling from the effects of the treatment I’ve received. I’ve been taking things quietly since I’ve been here and have been feeling better day by day, and have even managed to get a few things done: a new computer, a decent-seized bed at last. My neighbours here have been such good friends, inviting me round for meals and drinks, listening patiently to my moans, and gently setting me straight when I seem to be going astray.  Their daughter Michelle, who knows about medical stuff — she’s just got her Ph.D — bought me a bottle of tonic to help with my depleted energy levels, and it works!  I’ve ordered further supplies, and since we’re all Bob Dylan fans we’ve been sipping from a bottle of Bob’s personally blended bourbon, Heaven’s Door, which helps in other ways.

Broadstone isn’t exactly Heaven but for me it’s the nearest thing and I’m very fortunate to be able to spend time here, but I have to go back to London in a couple of days and I’m dreading it.  It’s a long time since I was able to enjoy the things that London has to offer and I’ve been living in the same house and locality for much too long.  It has all become over-familiar and boring, and there’s no reason for me to be there except for the cancer treatment.  There are indications that it may not have worked too well, with the damn thing spreading into other parts of my body.  This is what killed my beloved sister over ten agonizing years and I know all too well how it may progress, so the next round of tests and scans may not be the routine things that we expected, and as I’m now feeling like a pariah in my own neighbourhood I’m finding it difficult to be positive and brave, let alone cheerful — and a new lockdown has just been decreed.  Fucking hell. 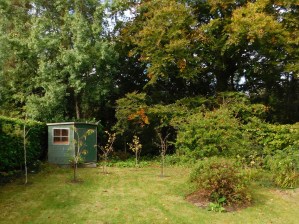 Meanwhile I try to live in the moment.  At the bottom of the garden are two lovely trees, an aspen and a huge beech.  Next time I come here their branches will be bare, but today I’m very happy just to sit and watch the leaves turn from green to gold.

One thought on “Heaven and Hell”